Hubert Keller is known best for his world-renowned restaurants, Fleur de Lys (San Francisco), Fleur (Las Vegas,) and Burger Bar (San Francisco, Las Vegas). Having delighted the palates of his peers, food writers, and restaurant critics alike, he has received numerous awards and is regarded as one of Americas most imaginative and talented chefs.

His influence extends beyond his restaurant kitchen to the millions of people he reaches through his television shows and cookbooks. He has his own cooking show on public television, Secrets of a Chef, which is starting its 4th season in 2013. The series, combined with his frequent appearances as a judge and contestant on Top Chef, has turned him into one of televisions most popular chefs. He also appears frequently in the media including appearances on Regis & Kelly on NBC, Rachel Ray, The Desperate House Wifes from Orange County on Bravo, Extra Extra, the Travel Channel, the Food Channel Network, and Fox TV. 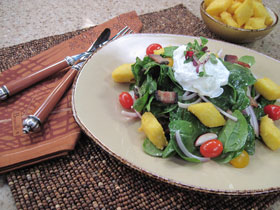 Growing up in Ribeauville, Alsace, France, Chef Kellers passion for the culinary arts ignited early. The family lived over Patisserie Keller and the children frequently helped their father with the baking. By 16, Chef Keller knew he wanted to become a professional. Some of the greatest French chefsPaul Haeberlin, Gaston Lenôtre, Paul Bocuse, Roger Vergérecognized his exceptional talent, trained him in their kitchens, and promoted his career. For nearly ten years, Keller far exceeded his mentors expectations while working throughout France and South America. In 1982, Vergé sent him to San Francisco to open Sutter 500. He and his wife Chantal were immediately enchanted by San Francisco and the city was equally captivated with them.

In 1986, Chef Keller partnered with his wife and Maurice Rouas to become the chef/owner of Fleur de Lys. Soon thereafter, accolades rolled in and the restaurant, already recognized as one of the most romantic in San Francisco, gained a national reputation as one of the best restaurants in the country. Dining beneath the colorful canopy of over 900 yards of custom fabric designed by Chantal Keller is a dramatic and delicious experience and serves to heighten the experience of Kellers dazzling food and genuine charm. 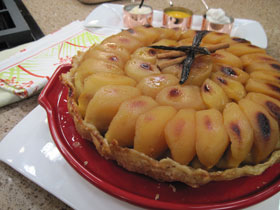 In 2004 Chef Keller was invited by Mandalay Bay Hotel and Resort to open two distinctive restaurants in Las Vegas: the elegant, signature Fleur de Lys and the hip, casual Burger Bar. Chef Keller unknowingly and single-handedly launched an upscale burger craze across the U.S. which continues to this day as upscale chefs followed in his footsteps to create their own burger restaurants. A second Burger Bar with a spectacular view over Union Square opened on the sixth floor of Macys Union Square in San Francisco in 2009.

Chef Keller has won numerous awards including the James Beard Foundations Best Chef: California and has been elected to the Foundations prestigious Whos Who in Food and Beverage. Food and Wine magazine tapped him as one of the Ten Best Chefs in America, and Restaurants & Institutions gave him its Ivy Award. Chef Keller has cooked for several United States presidents and was the first guest chef invited to the White House to personally prepare his sophisticated and healthy menu for President Clinton and his family. 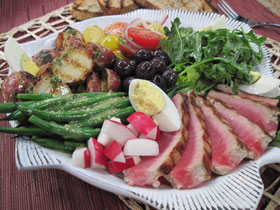 Keller is internationally known for his innovation and creativity and has long been considered a chefs chef. His restaurants are frequent gathering spots for local chefs and for chefs from around the globe. Keller is also known for his generosity and support for a wide range of educational, charitable, and community events around the country including PBS, Make a Wish Foundation, Taste of the Nation, and Share Our Strength.