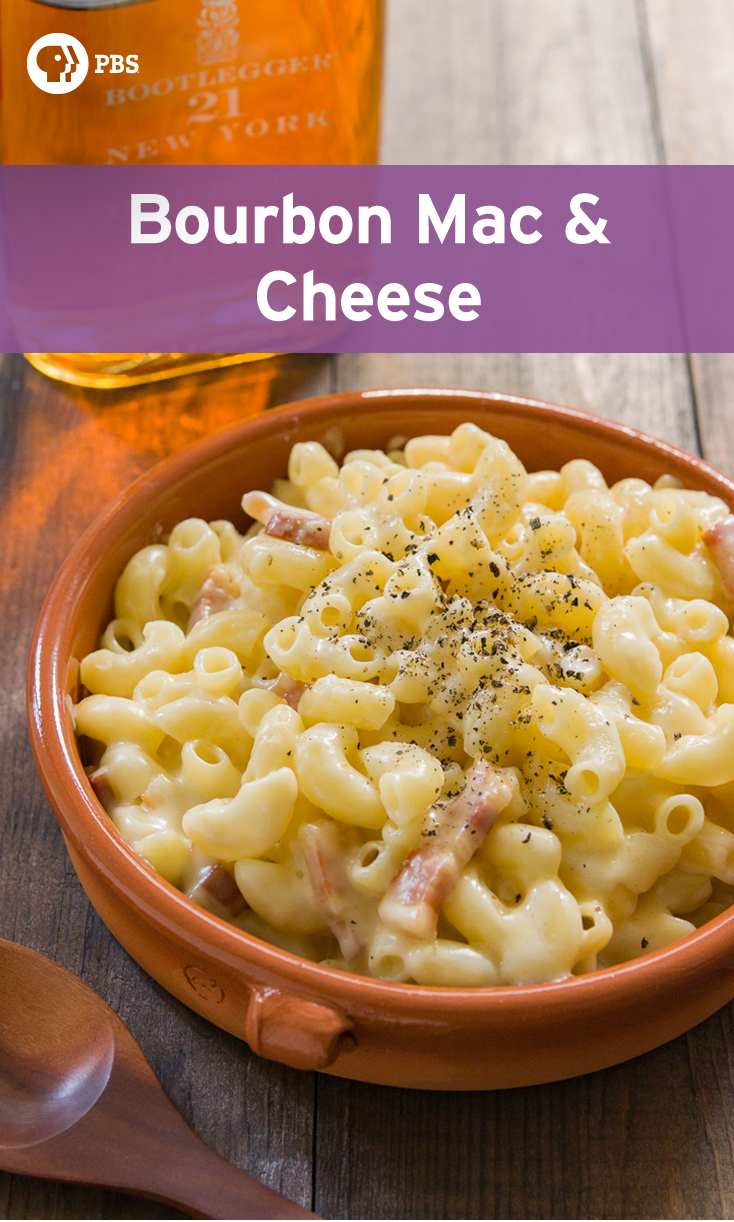 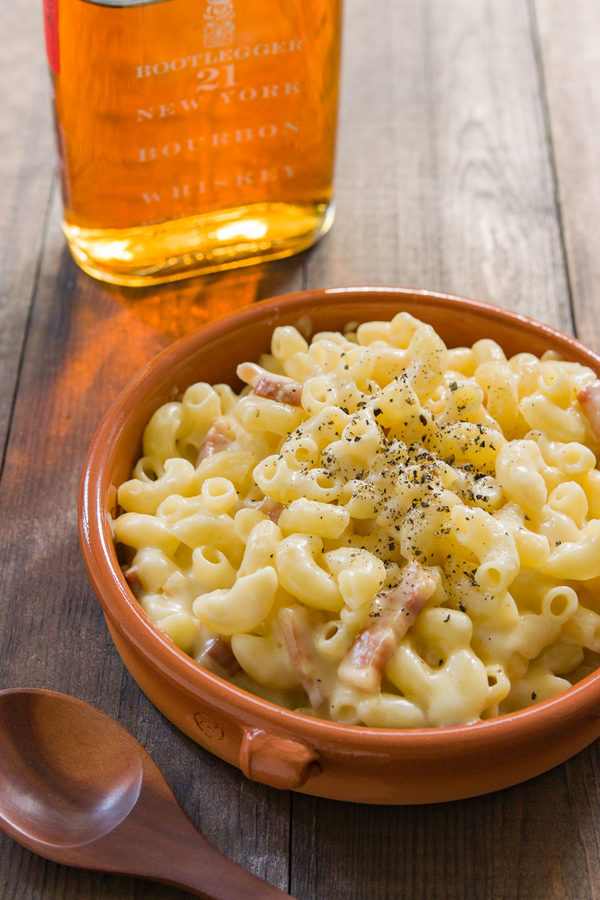 Mac and Cheese is perhaps the quintessential kids food, but for me, my first experience with the iconic blue and orange box was after leaving home for college. The college years are a time for experimentation for most kids, and for me, I delved into the world of frozen dinners and sugary snacks that my mother would never buy. It didn’t take long for me to realize most of these things didn’t taste all that great, but Mac and Cheese was one of the things that stuck with me. 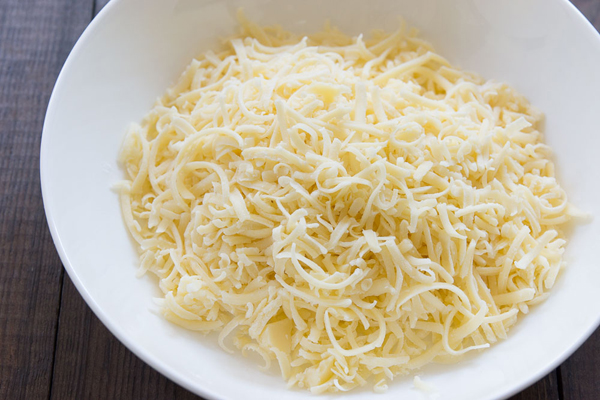 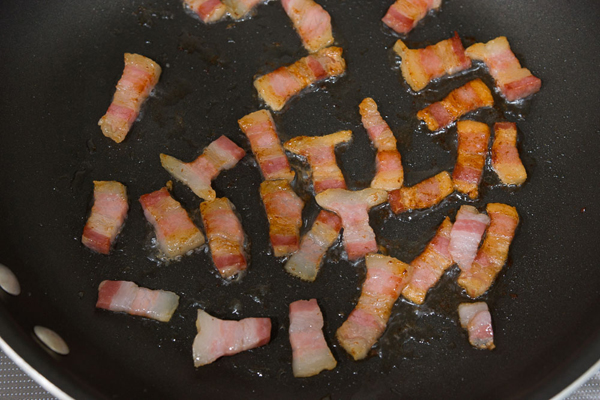 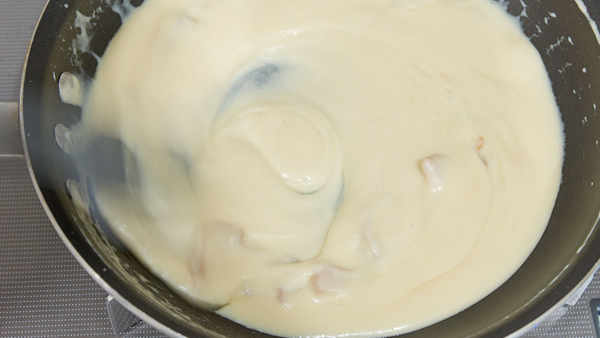 Perhaps it was this late exposure that led to this idea of a grown-up mac and cheese. Loaded with bacon and spiked with bourbon, this ain’t for the kiddoes, but the contrast of the salty bacon, sharp cheddar and smoky bourbon make for a tasty surprise with each bite. 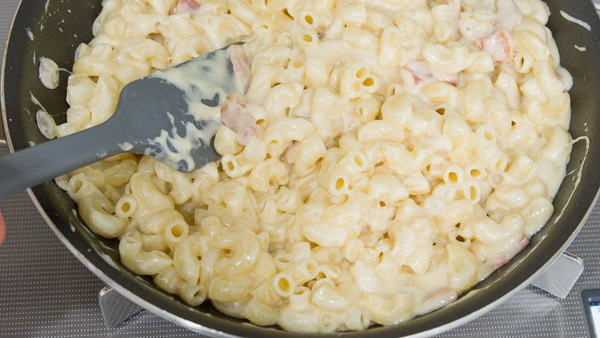 I use my cheater cheese sauce for this (as well as most things that call for a cheese sauce) because it’s not only easier, it also tends to be a lot more stable than a traditional bechamel sauce. The trick is in coating the cheese with potato starch, before adding it to the cream. This not only thickens the sauce, it also acts as a stabilizer, preventing the oil from separating. While I only used cheddar, this is also really good blended with other cheeses such as Gruyere, Gouda or Gorgonzola. 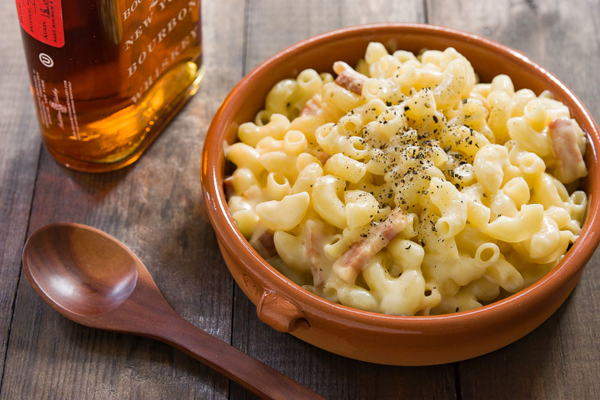 This grown-up version of mac and cheese is loaded with bacon and spiked with bourbon. (Recipe Credit: Marc Matsumoto of Fresh Tastes)

Marc Matsumoto is a culinary consultant and recipe repairman who shares his passion for good food through his website norecipes.com. For Marc, food is a life long journey of exploration, discovery and experimentation and he shares his escapades through his blog in the hopes that he inspires others to find their own culinary adventures. Marcs been featured in the New York Times, Wall Street Journal, and USA Today, and has made multiple appearances on NPR and the Food Network.